Understanding why and when to neuter a male kitten.

Is there a right age to neuter a male kitten? In order to prevent unwanted pregnancies, it’s recommended that cats are neutered at around four months old, after they have completed their primary vaccinations.

Some vets still recommend spaying at five or six months and it’s quite safe to neuter older cats.

But first, should we even neuter kittens at all?

Should you even Neuter a Male Kitten? Reasons not to Neuter your Cat.

Freeby is strongly against kitten neuter. He says, “Don’t neuter them! I would not want to be neutered so I feel that neutering is cruelty, to say the least.”

But what do the experts say?

Should you Neuter a Male Kitten? What the Experts say.

Dr. Sarah Wooten, DVM, CVJ, is the vet expert at Pumpkin Pet Insurance and has been featured as a subject matter expert across many industry conferences and publications.

According to Dr Wooten, there are several reasons to neuter a cat:

Is there an alternative to neutering a cat?

Dr. Michelle Burch, DVM, is a Veterinarian from Safe Hounds Pet Insurance. Here’s what he said, “Unfortunately, there are no medications or implants in the United States approved for chemical castration as secondary options instead of surgical neuter. In Europe and other countries, the Suprelorin (Deslorelin) implant has the approval to prevent fertility and suppress libido. Suprelorin works by stopping pathways in the reproductive endocrine system.”

Dr. Sara Ochoa, DVM is a small animal and exotic veterinarian in Texas and a Veterinary Consultant for DogLab.

Dr. Ochoa says, “Kittens can have a vasectomy instead of a neuter. This is the more common procedure done in exotic cats such as lions and tigers. Male lions who are neutered will actually lose their mane and have a vasectomy done to prevent their mane from falling out.”

Here’s what she said, “Kitten neuters are simple surgeries. Kittens only need to be anesthetized for a few minutes and recover quickly.”

According to Dr. Coates, “Post-operative complications are rare. For owned cats, the benefits of neutering include not only stopping reproduction but also problematic reproductive behaviors like spraying, yowling, aggression, and roaming. Alternatives to neutering, like vasectomies, will prevent unwanted litters but not these problematic behaviors. Veterinarians may perform vasectomies as part of the management of feral cat colonies, but for pet cats neutering is best. For interested owners, testicular implants are available that maintain the look of an intact male cat’s scrotum.”

What’s the Best Age to Adopt a Puppy?

Find Out in Our Fantastic Article

If you Must Neuter a Male Kitten, What’s the Best Age to Neuter a Cat?

Dr. Wooten says “The best age to neuter a kitten is around 6-7 months of age.”

According to Dr. Downes, “6 months is a good age because they usually haven’t started urine spraying or inappropriate urination yet. This age is when last kitten vaccines are given and this is the natural next step. Neutering is much easier to do at this age vs. earlier because it’s much easier to surgically manipulate larger tissue (testicles) and anesthesia is less risky anesthesia when the cat isn’t a tiny kitten.”

Dr. Coates says, “The best age to neuter depends on the kitten’s living arrangements. Some kittens reach puberty as early as four months of age. If there is any chance of a kitten having an opportunity to mate—living with intact females or access to the outdoors, for example—neutering between three and four months of age is wise.”

According to Dr. Coates, “Most veterinarians recommend waiting to neuter kittens who don’t have mating opportunities until they are around six months of age. This is partially just because it is the traditional recommendation, but waiting may help reduce the incidence of fractures involving growth plates since growth plates remain open longer in neutered cats. Other than this, research hasn’t shown any unwanted health or behavioral side effects from early age neuters.”

Connie Monico is the veterinary specialist at The Dog Adventure.

According to Monico, “Although most vets require that kittens are at minimum two months of age to neuter, it is typically preferred that they are between three to five months. They are not so young that the surgery and anesthetics will be difficult for their body to deal with, and their testicles are fully descended, but they haven’t yet started puberty, which is when they will start trying to leave in search of females that are in heat.”

Dr. Ochoa says, “The best time to neuter a male cat is around 6 months of age. In shelter and rescue situations, I have done them early as 2 months of age.”

Want to Neuter a Male Kitten? Let’s ask our Experts if there are there any Negative effects of neutering cats

Dr. Burch says since this is a surgical procedure with anesthetic medication, there are possible risks associated with the surgery. According to Dr Burch, “Surgical complications can include prolonged bleeding from the incision, swelling, bruising, blood clots, organ damage, or seizure. Make sure to discuss thoroughly with your veterinarian possible risks and the way they minimize possible adverse reactions.”

Dr. Burch says, “Studies have stated that neutered male cats were more likely to develop Feline Lower Urinary Tract Disease (FLUTD). Still, neutering was not the only risk factor for the development of this disease. Additional risk factors include obesity, stress, and infection. When cats had other risk factors minimized or managed for FLUTD, there was no increased risk between neutered or intact male cats.”

According to Dr. Ochoa, “Male cats who have been neutered early in life can have an issue with a urinary blockage. Since they did not have as much testosterone as a cat who was neutered later in life, the opening to their penis is smaller and they can become blocked more often.”

“Also being overweight adds to this which is also seen in many neutered
cats. If you do not have your cat neutered, they are more likely to get
into catfights and mark things in the house.”

Dr. Coates says that in comparison to intact male cats, those who have been neutered are at higher risk for obesity and related diseases like diabetes mellitus and feline idiopathic cystitis. However, Dr Coates says “these conditions can often be prevented or managed with appropriate diet, exercise, and environmental enrichment.”

Dr. Wooten believes the main negative side effect to be aware of is the possibility that it can slow their metabolism down, and you may need to adjust the amount of food that you are feeding.

Dr. Downes says neutered cats have a tendency toward obesity. According to her, “This can be prevented through dietary management, but intact male cats stay leaner naturally.”

Connie Monico says that as with every surgery, neutering has its risks such as side effects to medication and anesthesia as well as bleeding, but in most cases, the risks are outweighed by the benefits.

For example, she says “neutered cats tend to live longer, as they aren’t travelling in pursuit of females in heat, which in turn reduces the risk of getting attacked by dogs, being run over, and getting into fights with other male cats.”

Neuter a Male Kitten? – Your Turn

Do agree with Michael Freeby that we shouldn’t even neuter a male kitten? If yes, why?

On the other hand, if you agree with our experts, then at what age should you neuter a male kitten?

The ads on our website and some of the links in our articles contain “affiliate links” as defined by the FTC. This means if you click on the ads or on any of the links and purchase the item, Pet Connection Worldwide ™ will receive a commission, at no additional cost to you.

We are also a participant in the Amazon Services LLC program, an affiliate advertising program designed to provide means for sites to earn advertising fees by advertising and linking to Amazon.com.

The income we receive helps us to provide you with free compelling content. However, we only recommend the best products for you and your pets.

Pete Hudson-Smith is Associate Editor of Pet Connection Worldwide ™ and a Contributing Editor at Astute Copy Blogging. He is an animal lover and pet guardian. When he’s not writing, his two golden retrievers, Coco and Molly keep him busy.

Leave a Comment and join the Conversation. Cancel reply 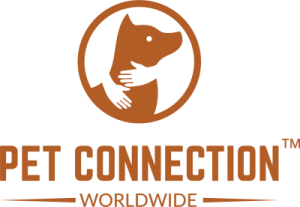